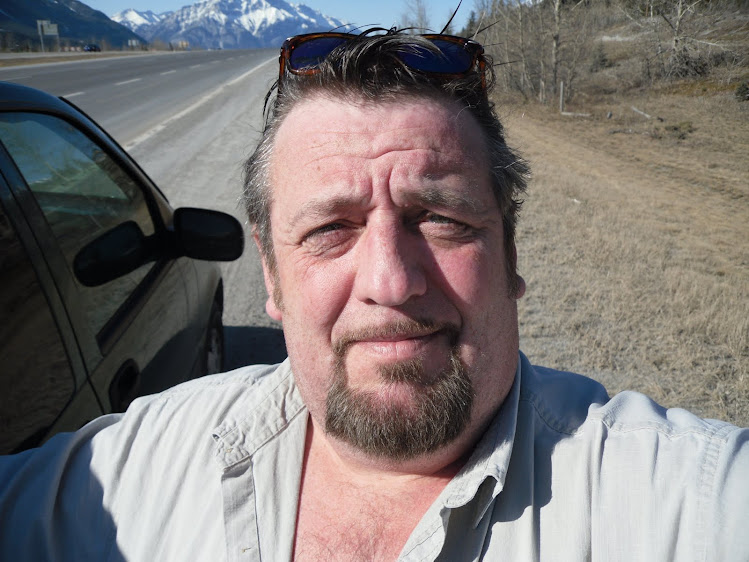 The first blues band I had the pleasure building I called "Yesterday's Paper"  with the help of Mike Ross (Keyboardist) It was back in 82 when I met Mike at GMCC. Back then, they had one of the best music and arts programs available. Lots of stories from those days let me tell ya! Lets start with this one, we were on the road in the summer of 83 and of course those days gigs were pleanty. Every little town seemed to have at least two bars with live bands playing six nights a week, every week.
There would typically be one Country bar and one Rock bar. Agents had a hay day booking all these A,B and C rooms across this province. I had already had my quick start into life on the road the summer of 82 with a middle of the road B circuit Rock band. When I say quick I mean in six weeks on the road quick...and that was including the two weeks notice I gave em. Anyhow, I had this agent throwing us in rock rooms. We had a horn section, sax, bone and trumpet, a black guy in the band, a jewish law student(running away) a pro drummer guitar, bass, keys and me. We were doing alot of the Blues Brothers arangements, as that was actually getting airplay back then, and it seemed too easy to take those great versions of classic blues and RnB. Plus we did a killer version of Deep Purple's "I'm Lazy". Anyhow, here we are arriving in the middle of the night in the drummers school bus. He owned the lights and the bus and of course was the only one in the band making any money. ha ha ha.
So, we arrive in the middle of the night on Sunday and find out the owner is away to Vegas for a couple weeks and this old fella Jake is taking care of business for him while he is gone.
We load the gear in on the dance floor for safe keepin' (the back door of the bus couldnt lock)
Now, back then at least one of the bars, usually the rock bars had strippers working the day time. Like maybe six shows a day and then we would come on and play the night. Let me tell you, I met some wonderful strippers back then, and sometimes it seemed they were the only other ones in town we had anything in common with. 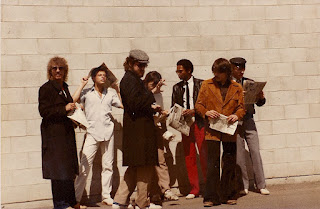